Heart and Soul of an Artist

Animals have always been the brightest colors on my palette,
Their presence continually inspires my creativity.
Stirring my abilities to express and articulate their innermost emotions,
Telling phenomenal stories on canvas – their complete exposition…
They are the medium to my Heart and Soul.
They give existence, clarity, spirit and splendor to the beholders eye.
Let them always display their magnificence in my world of art,
Then frame their image with eternal devotion and admiration.

Also creating many other pieces of art as well here! 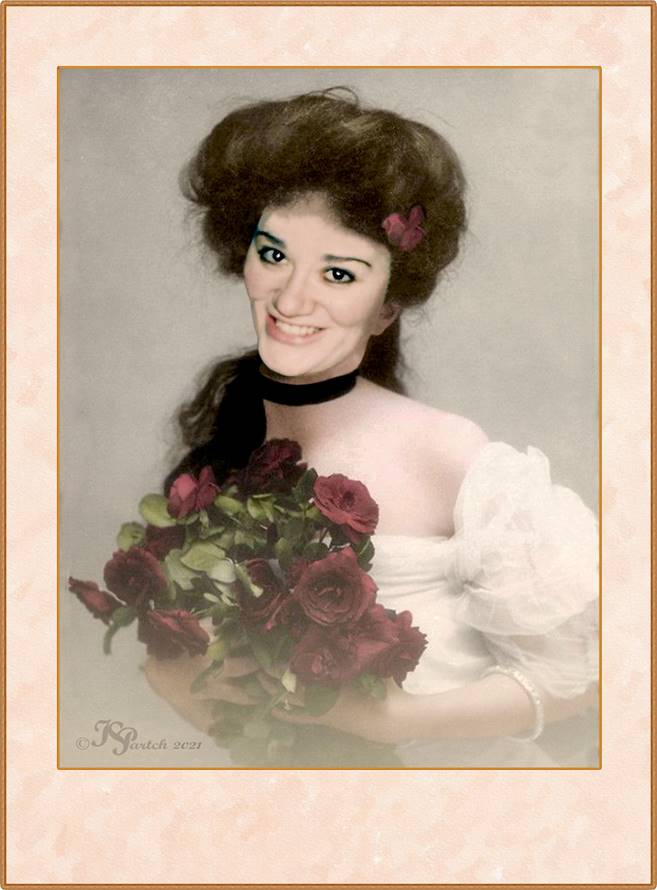 JoAnn’s Portrait of a Gibson Girl from the Victorian Times 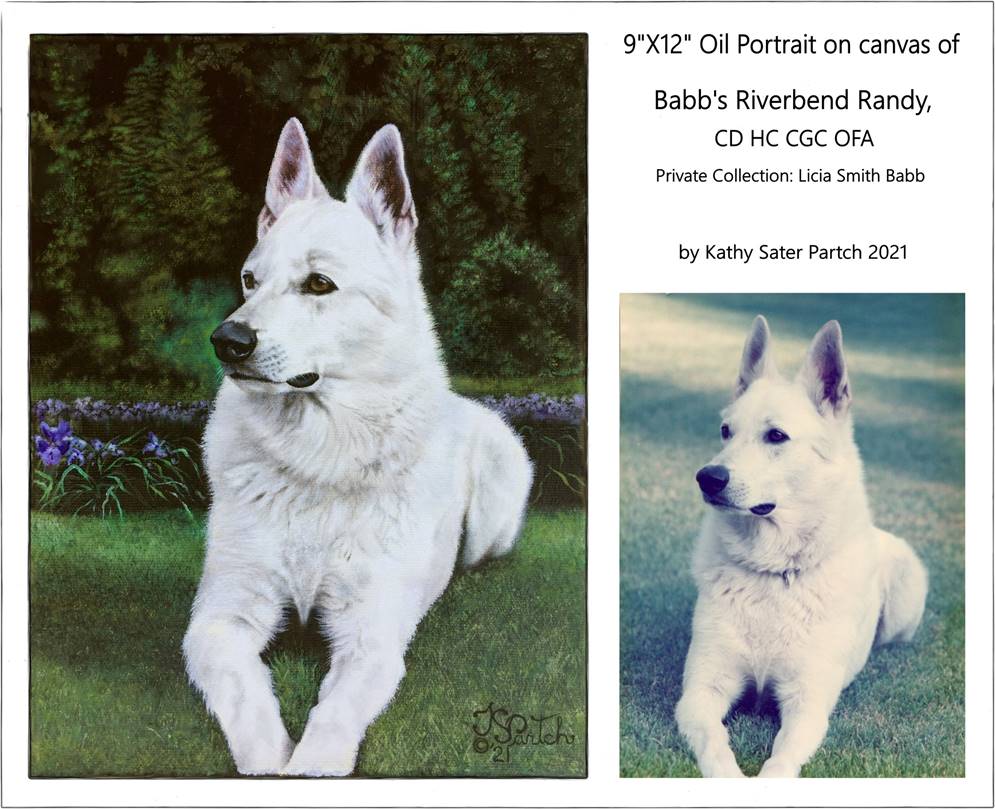 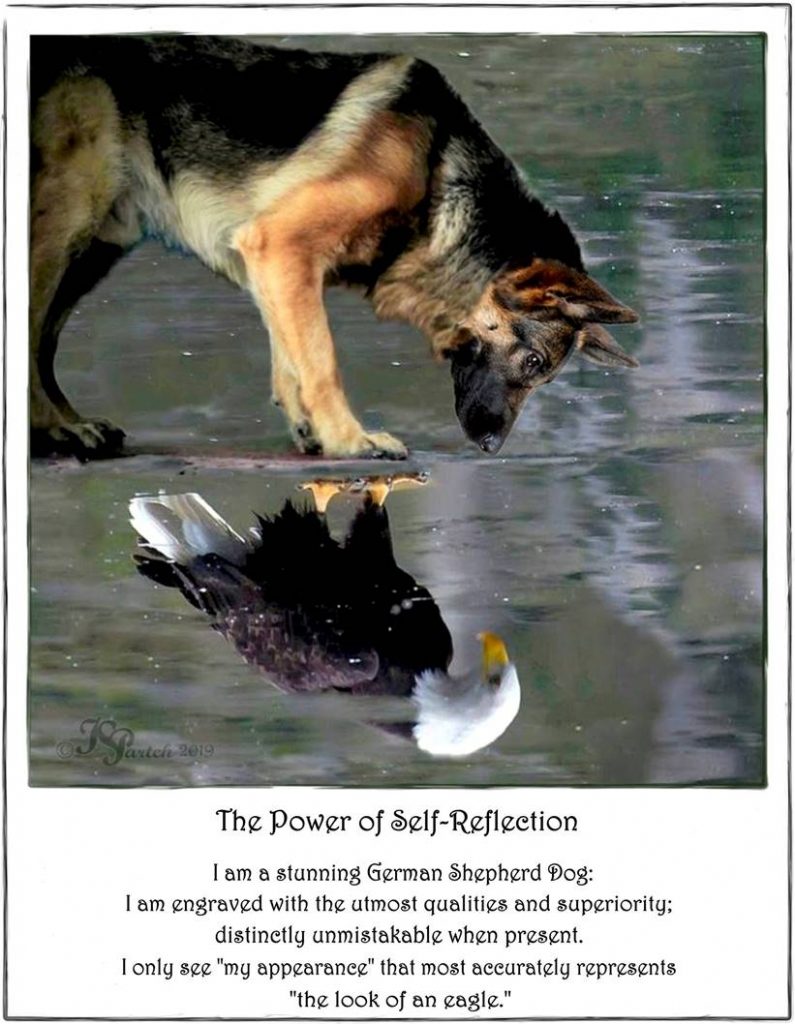 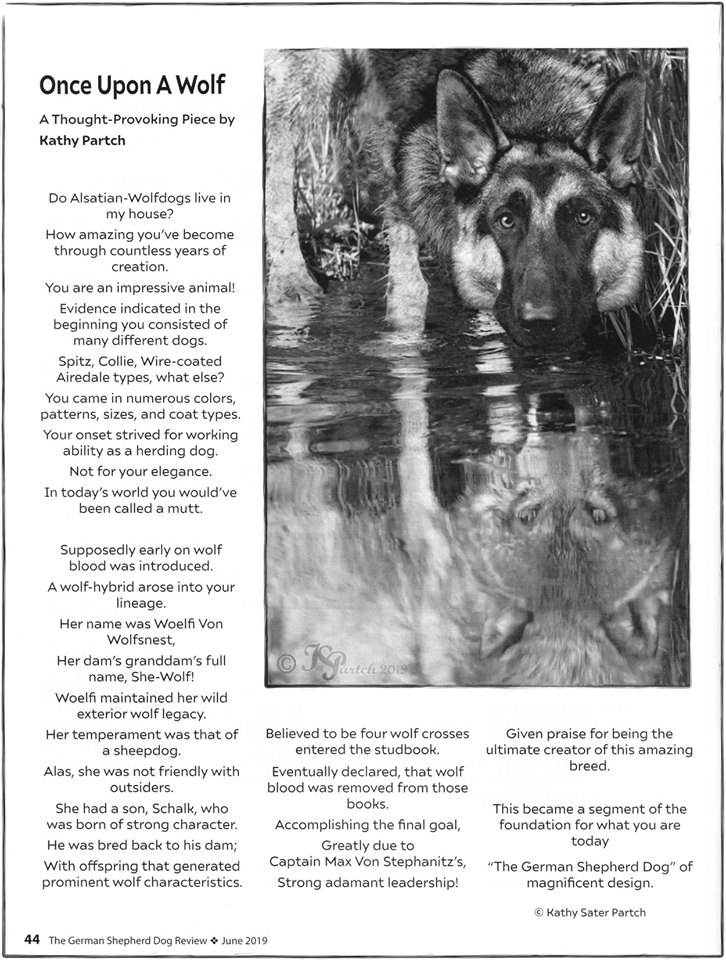 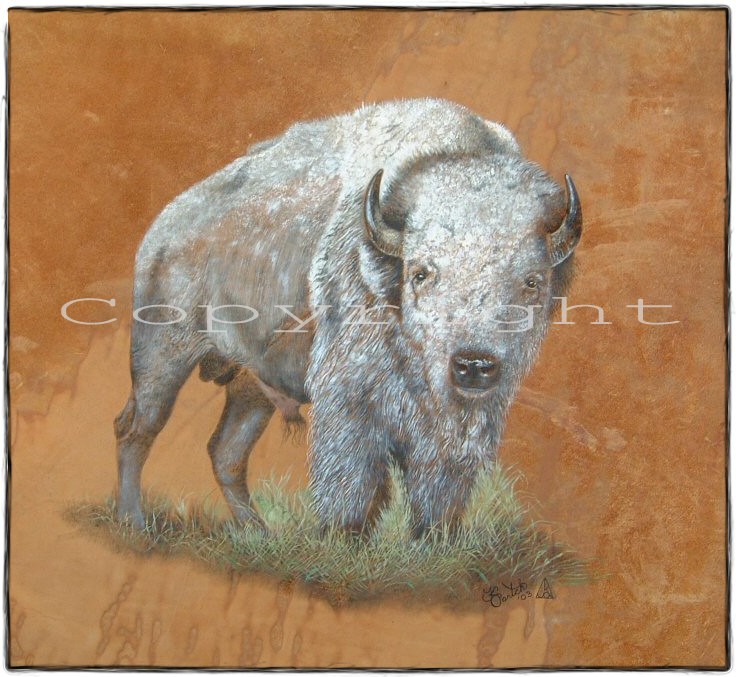 The Legend of the White Buffalo

One summer long ago, the seven sacred council fires of the Lakota Sioux came together and camped. The sun was strong, and the people were starving for there was no game.

Two young men went out to hunt. Along the way, the two men met a beautiful young woman dressed in white who floated as she walked. One man had bad desires for the woman and tried to touch her. But was consumed by a cloud and turned into a pile of bones.

The woman spoke to the second young man and said; “Return to your people and tell them I am coming.”  This holy woman brought a wrapped bundle to the people. She unwrapped the bundle giving to the people a sacred pipe and teaching them how to use it to pray. “With this holy pipe, you will walk like a living prayer,” she said. The holy woman told the Sioux about the value of the buffalo, the women and the children. “You are from Mother Earth,” she told the women, “What you are doing is as great as the warriors do.”

Before she left, she told the people she would return. As she walked away, she rolled over four times, turning into a white female buffalo calf. It is said after that day the Lakota honored their pipe, and buffalo were plentiful. (from John Lame Deer’s telling in 1967).

Many believe that the buffalo calf, Miracle, born August 20, 1994 symbolizes the coming together of humanity into a oneness of heart, mind, and spirit.

I created the design, “Tools of the Trade” for an article published ever so often in the GSDCA Review written by Diane Silver-Strasser on the different kinds of equipment used properly for our dogs. 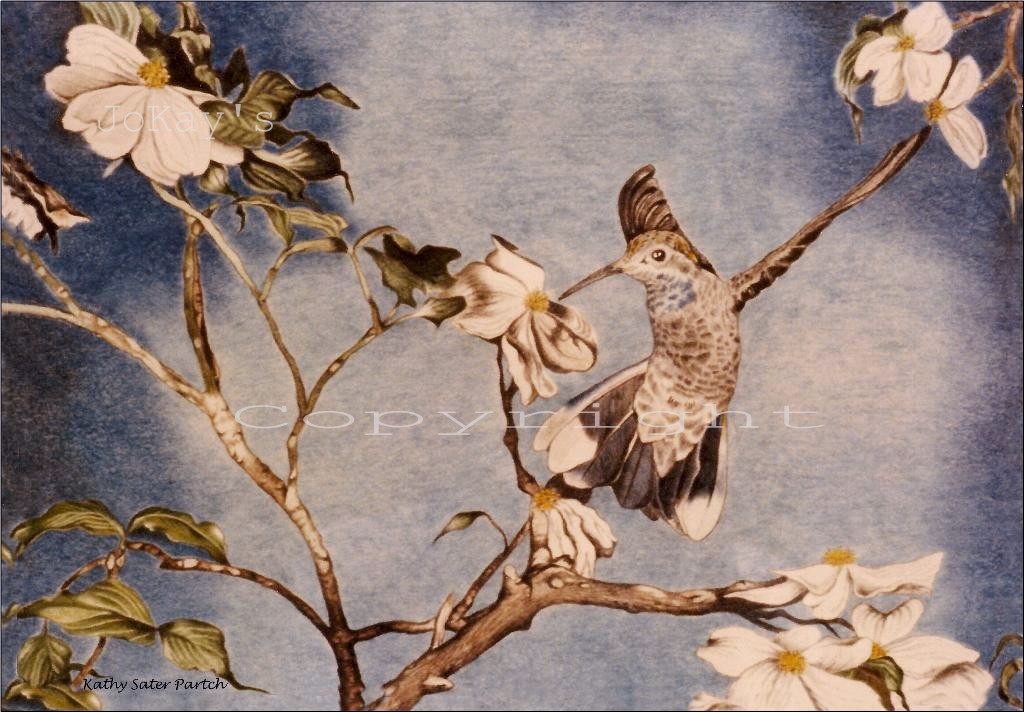 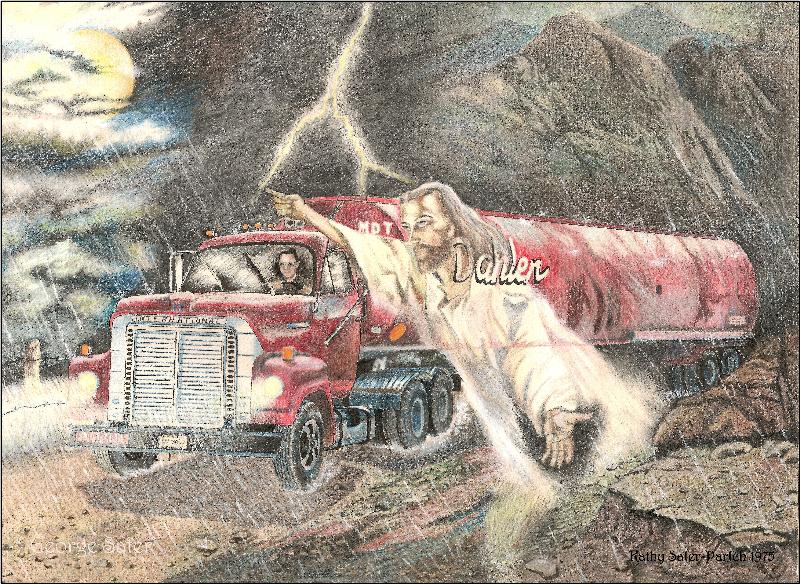 Guiding Hand of my father George Sater driving through a storm. He retired after driving a million miles without one incident. The colored pencil drawing was given to him for a Father’s Day gift.
By Kathy Sater Partch 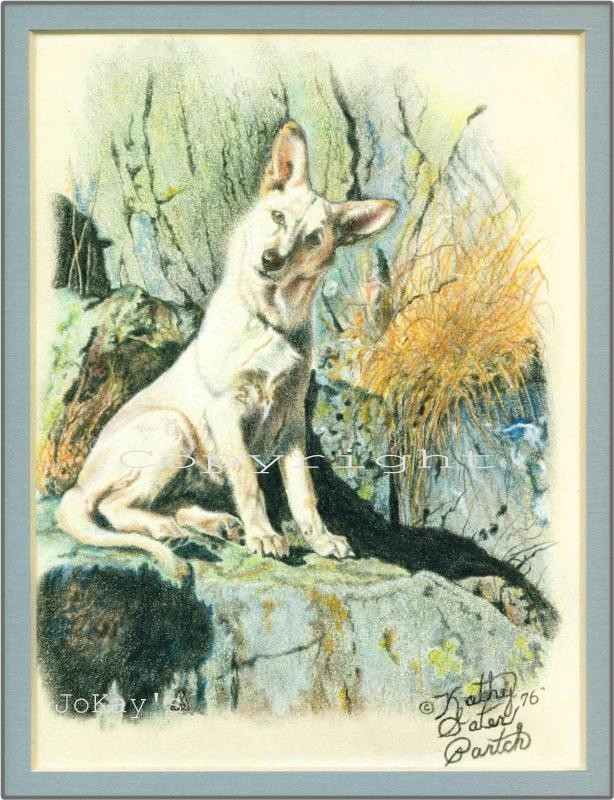 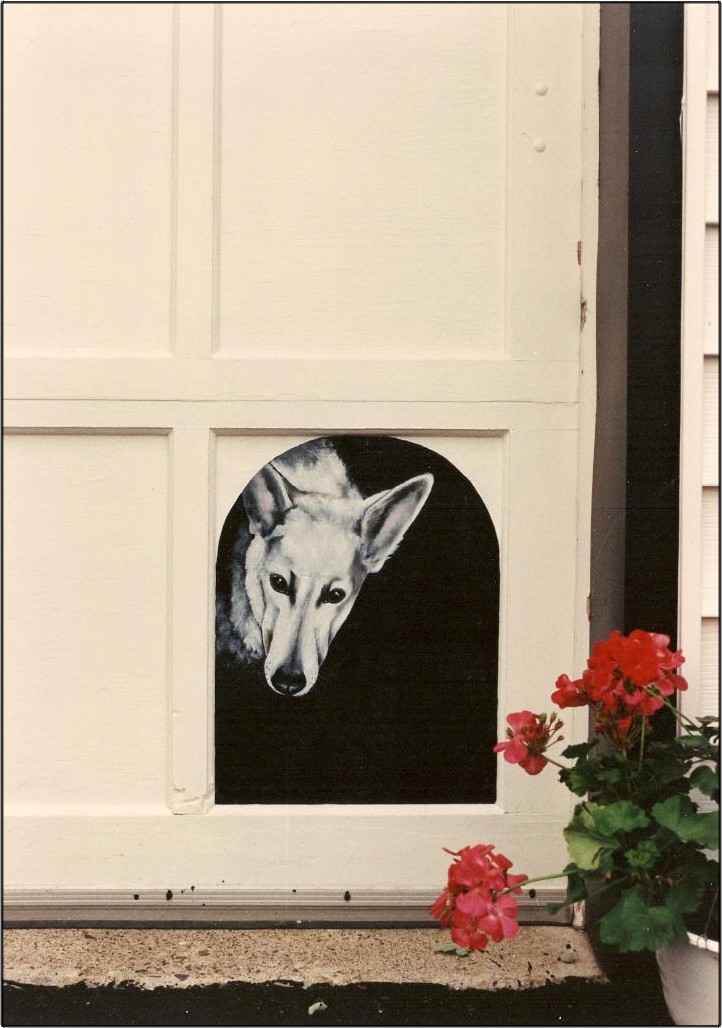 I did this image of my Sedona on the garage door. From the road it turned many heads.
By Kathy Sater Partch 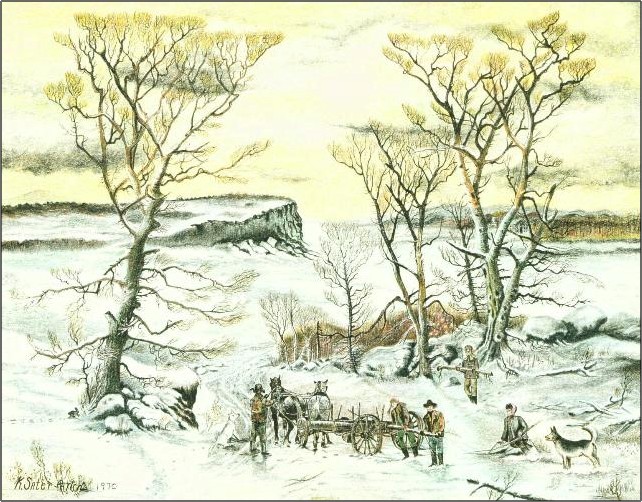